As an area on the move, North Augusta and the rest of Aiken County prove to be a great place to live and work. 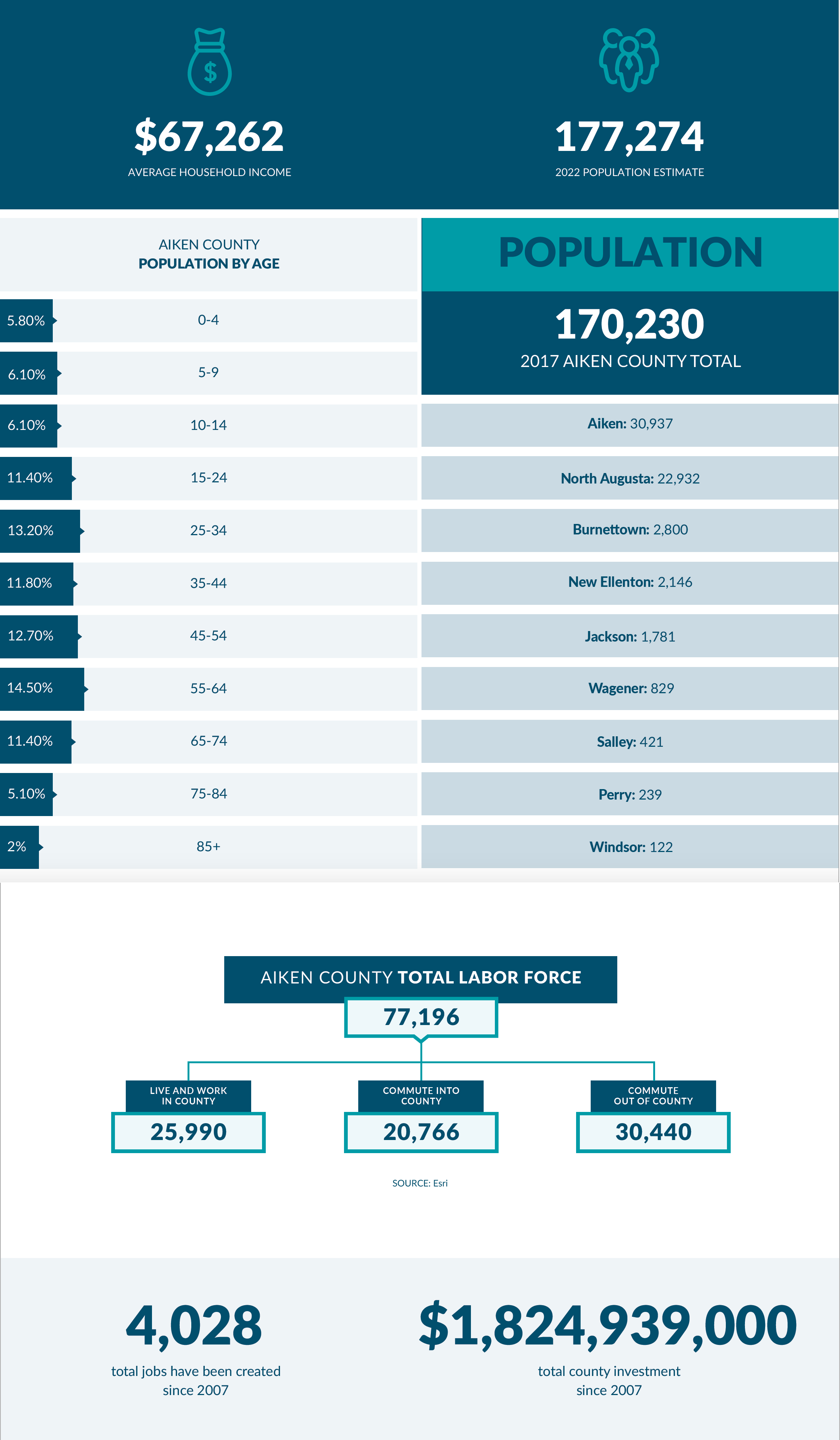 Our region has a strong record of existing industries expanding and attracting new firms.  Bridgestone Americas has  undergone multiple expansions since locating in Aiken County in 1997.  The expansions, coupled with a 1.5-million-square-foot off-road radial tire plant that opened in 2014, represent a $1.2 billion dollar investment, the single largest capital  investment in South Carolina’s history and the creation of 8501 jobs.  Aside from this, other significant investments  have created jobs in South Carolina’s Western Region:

In August 2016, Bondex Inc., located in Edgefield County, announced that it would expand its existing operations with an $11.5 million investment in additional plant facilities, creating 17 new jobs.

Our region has also seen a rise in solar energy projects.  In Aiken County, Adger Solar announced a $100 million solar project and ESA Renewables announced the construction of a new utility-care solar farm that is expected to bring $11 million in capital investment.  The county is now home to a 385-acre solar farm, operated by SCE&G.  The site, which has more than 31000 solar panels, is the largest solar farm in the state of South Carolina.  In 2016, Cypress Creek Renewables announced it was investing $12 million in solar energy projects in Saluda County.

The strength of a community lies within its existing industry base.  More than two-thirds of new capital investment and job creation originates from expanding industry.  This indicates a strong sense of satisfaction from our existing companies.